What Now?? VisionLA Responds to the Election

By Cheryl SleanNovember 13, 2016Blog
No Comments 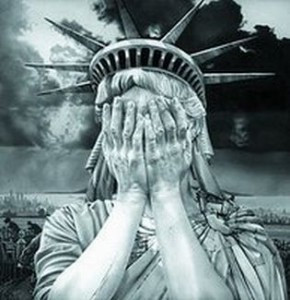 The American people just elected a climate denier for President, and he’s promised to undo all of the recent gains of the Obama administration on the climate and environmental front. Climate experts are saying that if these reversals of power plant regulations, pipeline halts and Paris climate agreements go through, it will likely tip us into the danger zone for greenhouse gas PPM, past the tipping point where there’s no chance of avoiding the worst of the projected destructive outcomes, midcentury and beyond. That’s incredibly scary, that 4 -8 (let’s hope not!) years of Trumpism could have such a detrimental effect… but at this late hour in the progress of global warming, it’s a very real possibility.

Of course we must mount a resistance to Trump’s wacko decisions with every available resource, but when I think about strategy, I’m reminded of the helplessness I felt when marching in anti-war protests in the post-9/11 lead-up to the Iraq War. Though millions of people around the country and the world were standing up and shouting NO, I knew in my heart these actions would have no effect; the Bush administration would not listen to the people; they would ram through their bogus war, ushering in hundreds of thousands of casualties, millions of refugees, and escalating unrest in the Middle East.

The question then arises, instead of asking ourselves how we can pressure a blinkered, unreasonable majority government to see reason when it comes to climate response, we might better be asking how can we get to zero carbon without them?  Without the federal government?  Until such time as we can shift the power balance?

Climate concerned folks everywhere are having similar strategic reflections, and I’m sure we’ll see a flow of new ideas for how to continue significant progress on the climate by making an end-around of this unfriendly President & Congress.  Here are some of my top-of-the-head ideas.

1- Focus on carbon reduction in the states.  Keep building momentum to the rapid shift to a carbon-free economy taking place at the state and international level – California, New York, Germany, Finland, etc.

2. Education & PR – Change hearts and mind on a grand scale to grow the number of concerned citizens around the country – primed and ready for the next election.

3. Economics and sustainable business. Step up education of business interests about the cost of future climate impacts vs the untapped economic potential of a green economy.

The best response to this election is to stay positive and get creative, to channel the horror and fear of the majority electorate toward momentum for climate justice, and use that momentum to swell the ranks of engaged change-makers.  This is what VisionLA, and many other climate action organizations are re-committing to in the next four years.  Out of compassion for our kids, and for all the people, animals and living beings of the future, there is no other choice but to do whatever it takes to turn the tide back toward sanity.